Montgomeryshire Yeomanry training in Norfolk 1915
The Battalion sailed from Devonport on 4th March 1916 and landed in Egypt where towards the end of that month they formed the 4th Dismounted Brigade as a part of the Egyptian Western Frontier Force. He was transferred to the 25th Battalion Montgomeryshire and Welsh Horse Yeomanry (Royal Welsh Fusiliers) (355146) in December 1916 still in Egypt where they were engaged at the 2nd Battle of Gaza 17-19 April 1917 and the Third battle of Gaza 27 Oct-7 Nov 1917, including the Capture of Beersheba 31 Oct.

On the 3rd March 1918 the Division received a warning order to prepare to leave Palestine and move to France. It was relieved on 7-9 March and march back to Lydda. Here the artillery was reorganised, a pioneer battalion joined and the machine gun battalion was formed. On 14 April Divisional HQ moved to Kantara, followed by the rest of the units.

Embarkation began at Alexandria on 29 April. The first units landed at Marseilles on 7 May 1918 and entrained for the north. Concentration was completed in the area of Rue (near Abbeville) by 18 May.

Training for unfamiliar operations, notably gas defence, was undertaken before toward the end of May the units moved to the Doullens – St Pol Area. in June a reduction to a nine-battalion format took place while training continued and the Division was held in GHQ Reserve.

On 14 July, the Division took over a sector of front line near Merville and then remained in France and Flanders for the rest of the war, taking part in the following engagements: .

Alfred's Military History Timetable
​Alfred Francis died of Spotted Fever on the 5th November 1918 at No 15 Casualty Clearing Station just six days before the end of the war. The telegram to his mother below simply reflects the cold and unattached nature of how people were informed of the death of a loved one. 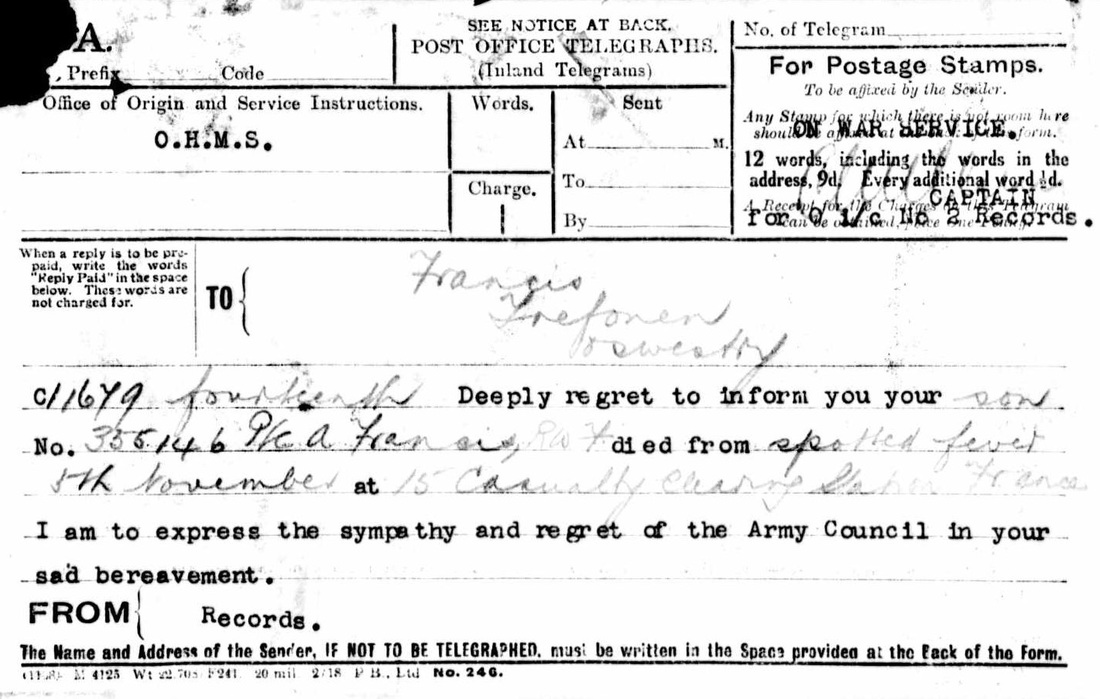 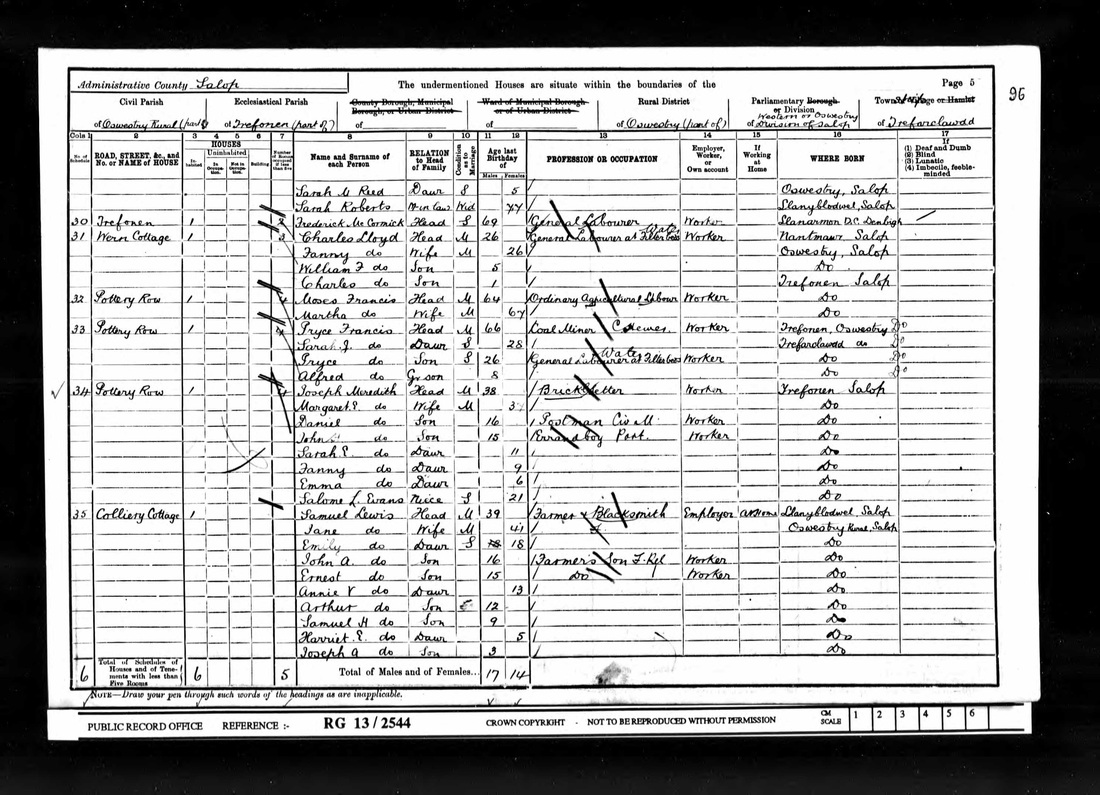 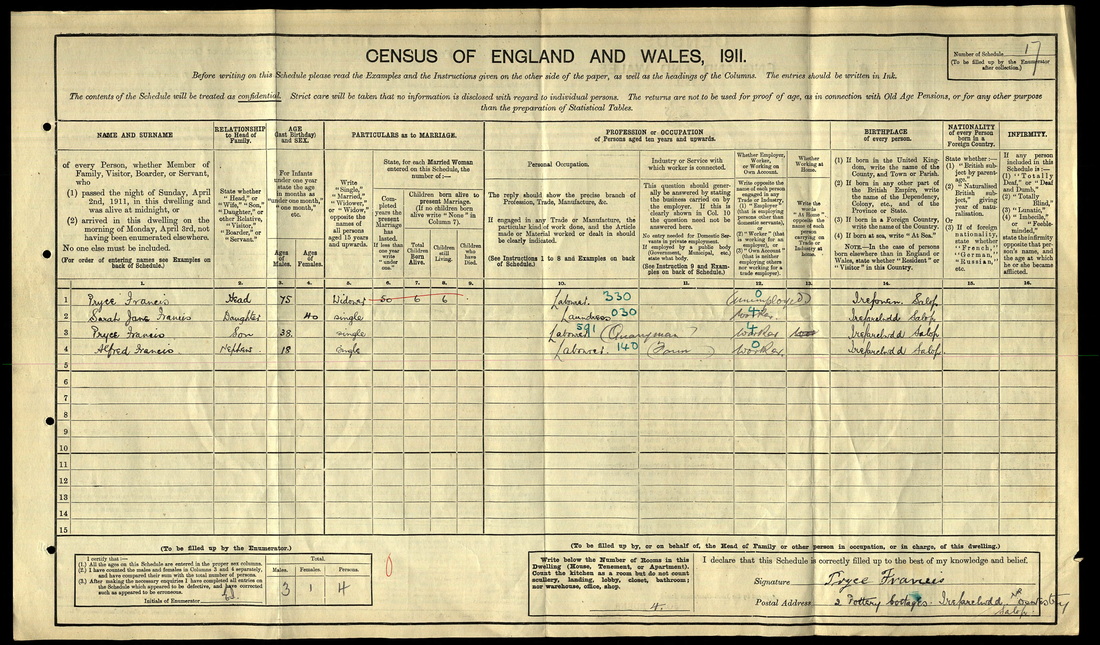 1911 Census - Pottery Row
Historical Information
Annoeullin was held by the Germans from an early date in the War until shortly before the Armistice.

No.15 Casualty Clearing Station came to Don on the 25th October, 1918, and remained until the 19th January, 1919, and No.32 came at the end of November and left at the end of December. From these two hospitals soldiers were buried in Don Communal Cemetery, and later a number of bodies were brought in from the neighbouring fields.

The British plots cover an area of 406 square metres and are enclosed by stone curbs.
click on the link below for more information
​www.cwgc.org/find-a-cemetery/cemetery/33803/DON%20COMMUNAL%20CEMETERY,%20ANNOEULLIN
Powered by