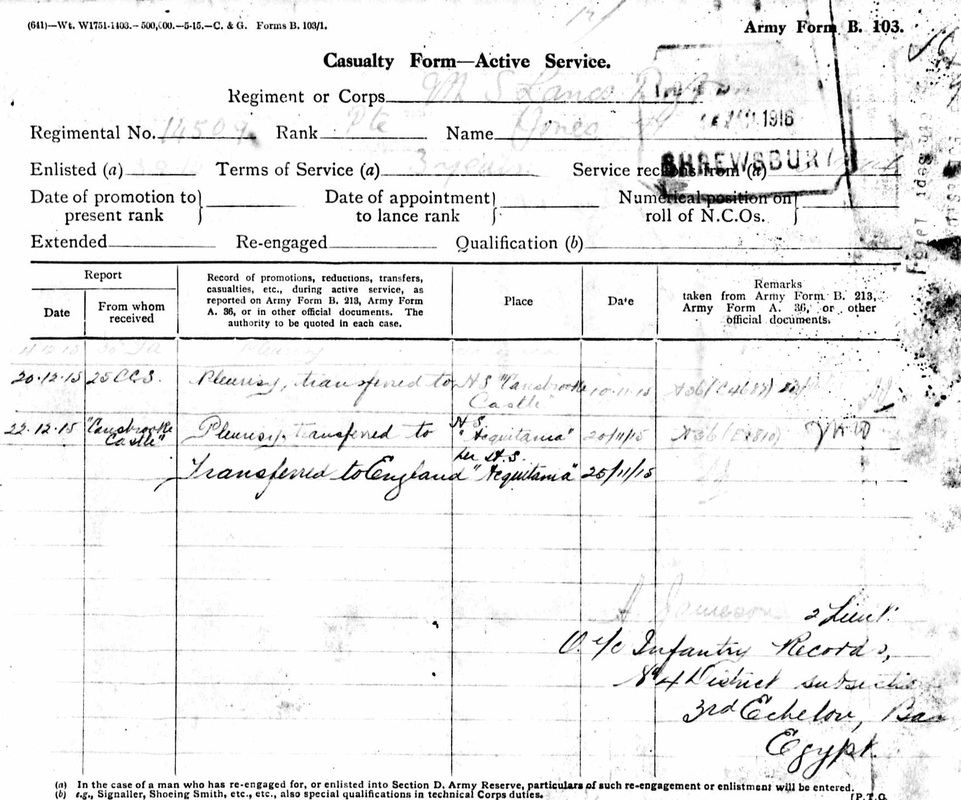 Medical record regarding shipment home.
During and after his illness he was assigned to the 10th Battalion South Lancashire's who were a reserve Division training and based at Prees Heath. It was whilst here that Private Humphrey Jones overstayed his pass till 11.30pm on one occasion for which he was fined 5 days pay.

Regimental Conduct Sheet
He returned to active service in France from the 2nd June 1916 with the 8th Battalion landing at Boulogne and remaining at Etaples (The Bull Ring) for three weeks. The Bull Ring as it was known was an infamous training camp for many of those British soldiers sent to France and in 1917 witness to a serious mutiny. (click on the link below to discover more)
http://libcom.org/history/articles/etaples-mutiny-1917
​
​On the 21st June Private Humphrey Jones was sent to the front in D Company of the 8th Battalion South Lancashire Regiment to prepare for action in what was to be the bloodiest day in British military history, the first day of the Battle of the Somme.​ 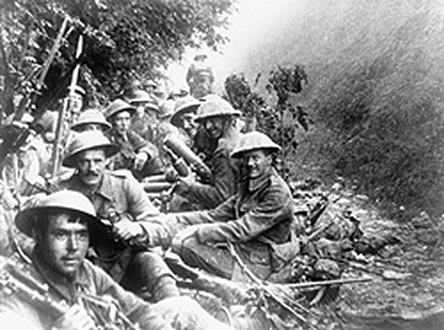 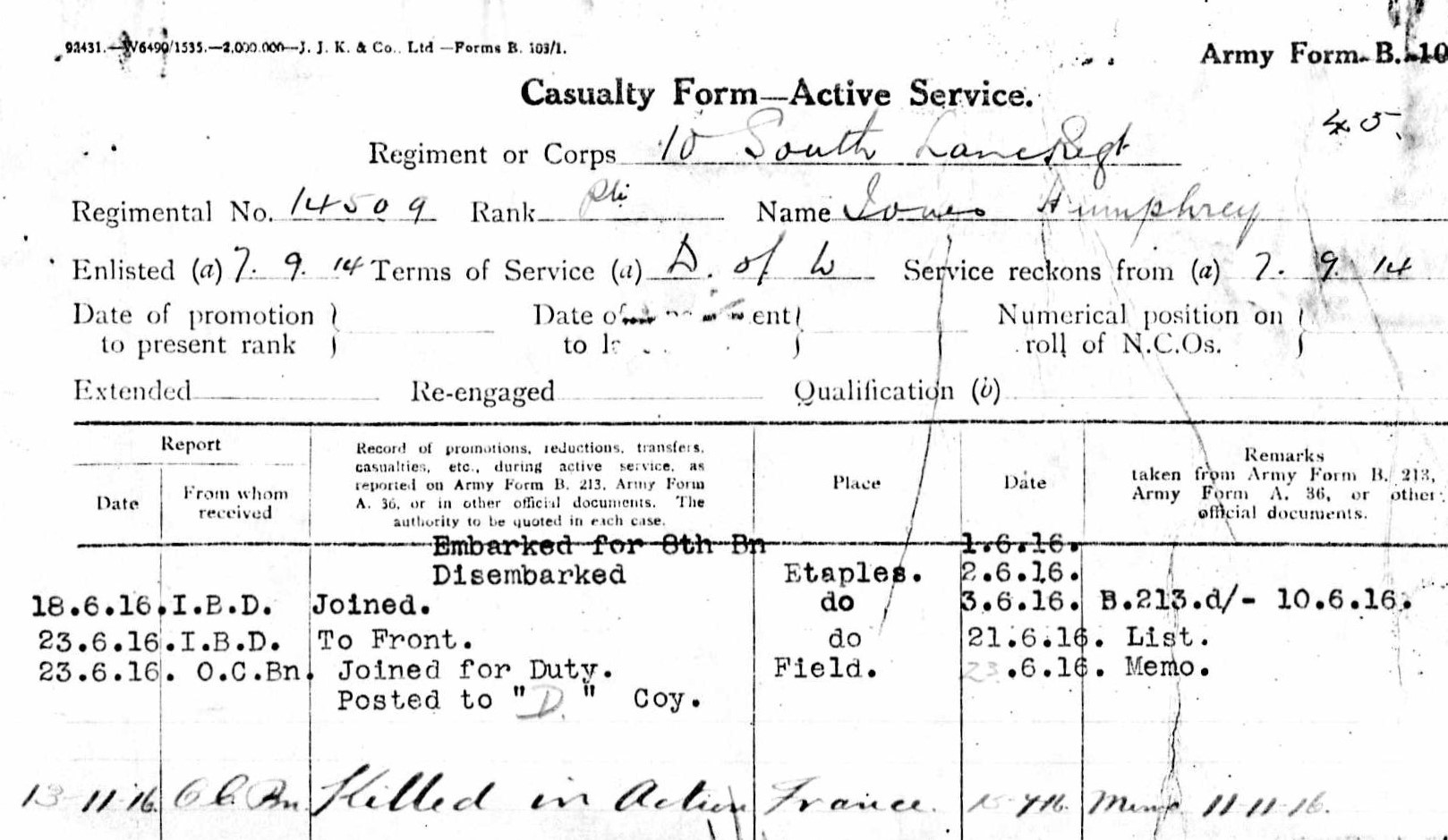 Casualty Form
The Battalion War Diaries record that on the 14th and 15th July D Company was engaged in trying to push towards Ovillers but was unable to do so and was pinned down. It was during this time that Humphrey Jones was to lose his life. 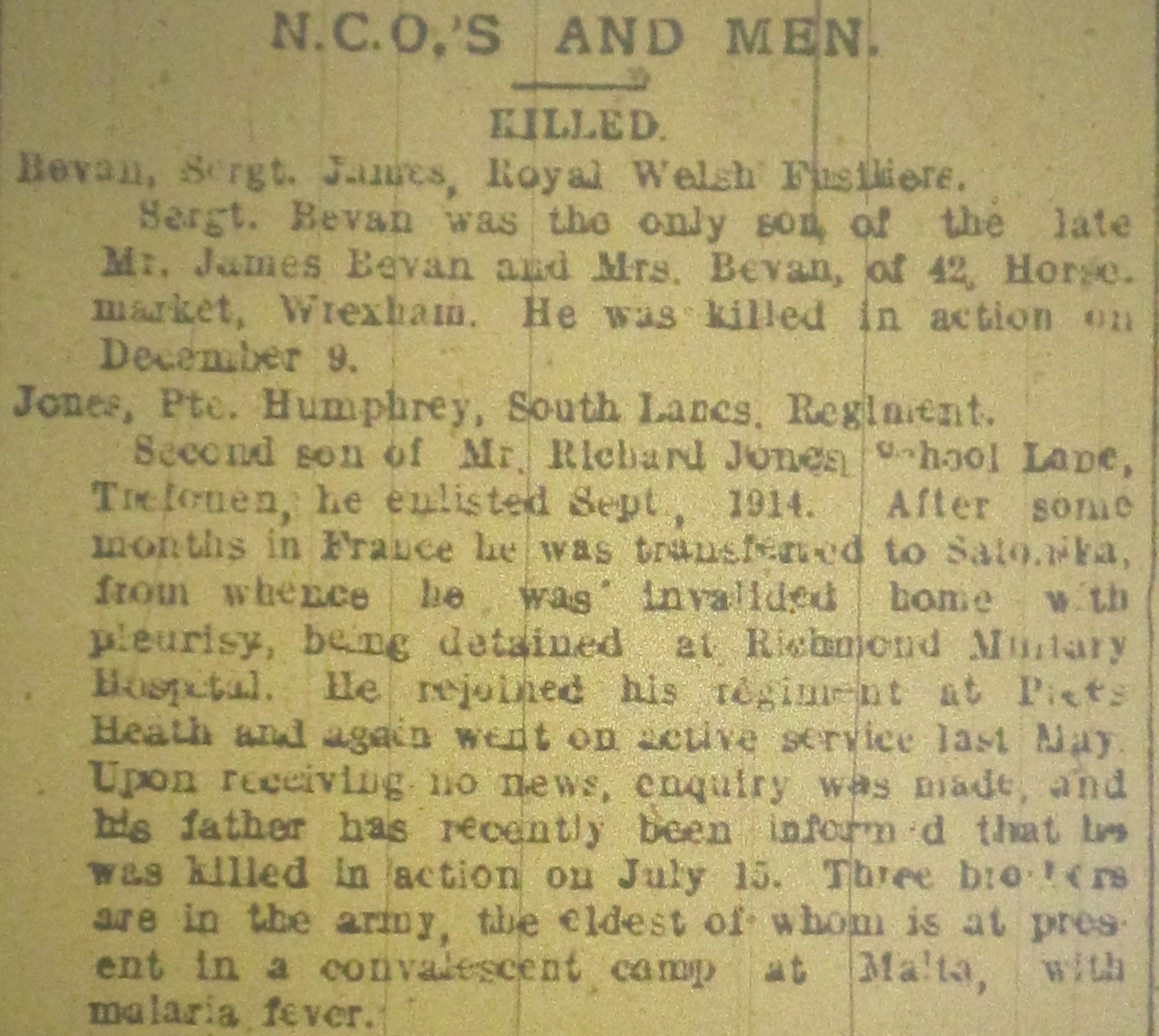 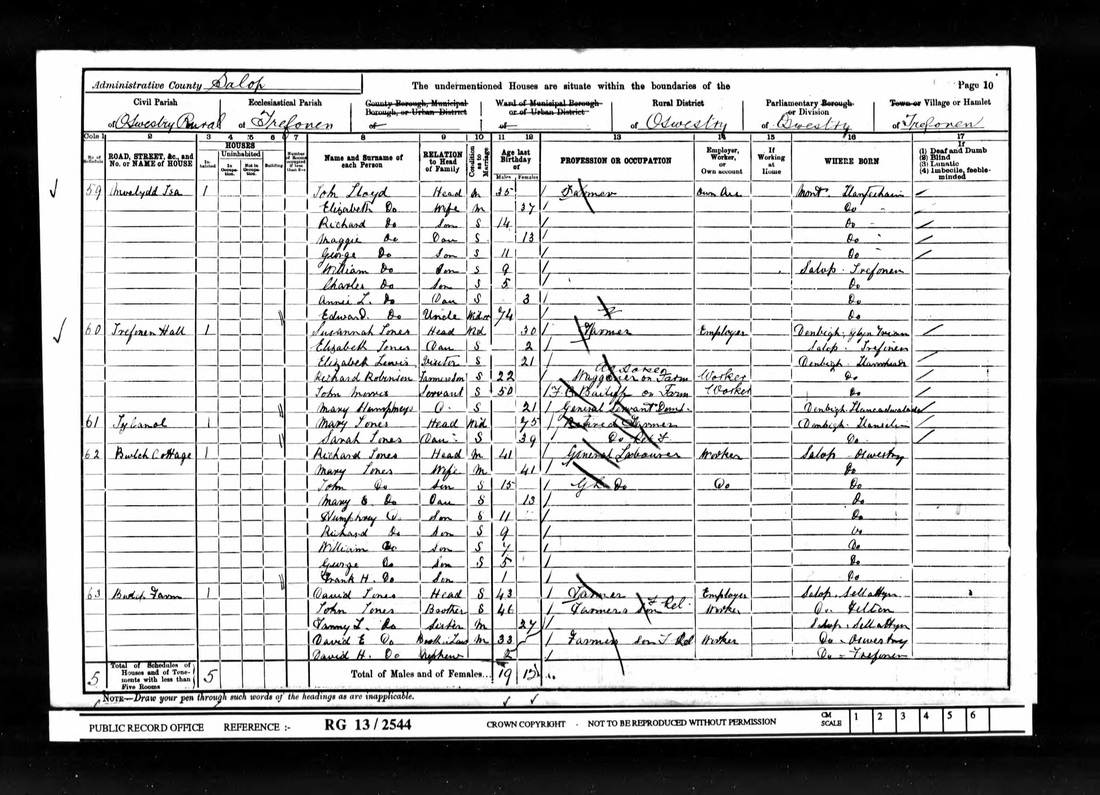 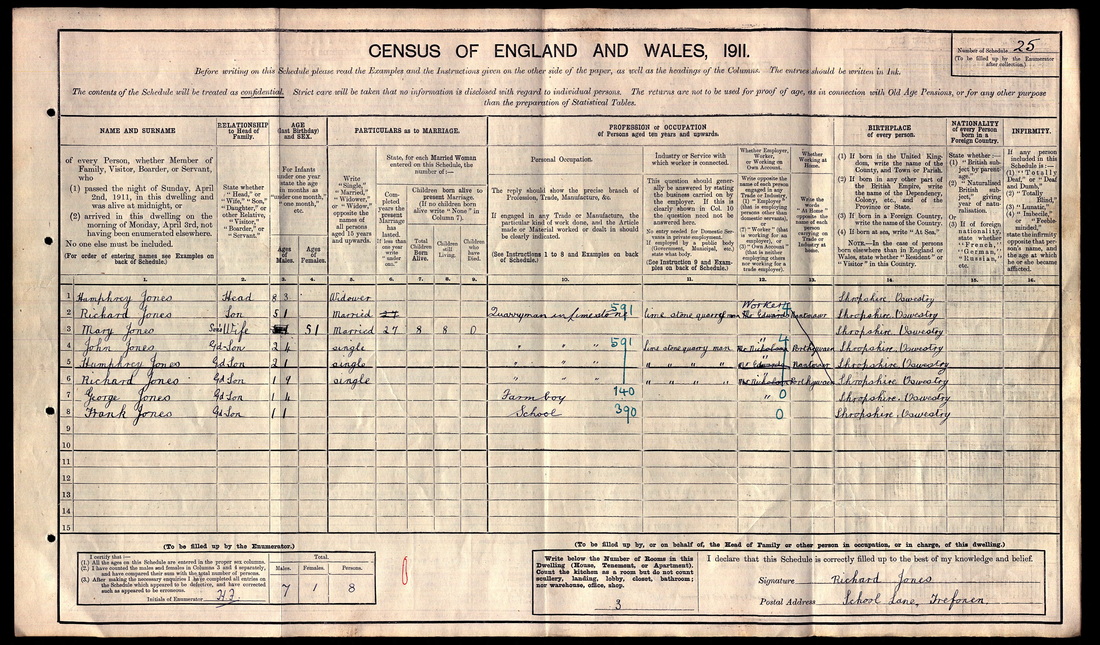 1911 Census - School Lane, Trefonen
Historical Information
On 1 July 1916, supported by a French attack to the south, thirteen divisions of Commonwealth forces launched an offensive on a line from north of Gommecourt to Maricourt. Despite a preliminary bombardment lasting seven days, the German defences were barely touched and the attack met unexpectedly fierce resistance. Losses were catastrophic and with only minimal advances on the southern flank, the initial attack was a failure. In the following weeks, huge resources of manpower and equipment were deployed in an attempt to exploit the modest successes of the first day. However, the German Army resisted tenaciously and repeated attacks and counter attacks meant a major battle for every village, copse and farmhouse gained. At the end of September, Thiepval was finally captured. The village had been an original objective of 1 July. Attacks north and east continued throughout October and into November in increasingly difficult weather conditions. The Battle of the Somme finally ended on 18 November with the onset of winter.

Theipval through the Trees - photo by Chris Woods 30/3/15
​click on the link below for further information
www.cwgc.org/find-a-cemetery/cemetery/80800/THIEPVAL%20MEMORIAL
Powered by