6th Battalion KSLI - War Diary 30/8/1916
The 6th Battalion King's Shropshire Light Infantry War Diary entry for the 30th August 1916 seen above effectively shows that the Battallion had troops in both frontline and reserve trenches. Some of these were in very poor condition with water up to the waist in some cases. There was heavy
artillery fire by both sides, with the Germans using mostly heavy guns on the Battalion front line and Reserve lines.

At 9.37 p.m. an S.O.S. was received from North of Trones Wood which was cancelled at 10.25 p.m.
The War Diary reports that it appearred to Battalion H.Q. that the German have attempted a bombing raid on the right of the Battalion.
The Diary does not record it's casualties for the 30th or 31st August but according Commonwealth War Graves Commission five men from the Battalion were killed on this day. Sadly one of these was Private John Hugh Wooding.
​6th (Service) Battalion, 1914-18.
A war-raised Service Battalion, formed in Shrewsbury in September 1914, posted to the 60th Brigade of the 20th Division. It landed at Boulogne on 22nd July 1915 and then served entirely on the Western Front.

The 6th fought at Loos in September 1915, around Ypres in 1916 (where it relieved the 1st Battalion) and then on the Somme, including the capture of Guillemont.

It fought at Langemarck (3rd Ypres) in August 1917 and on the Menin Road, Ypres, in September. Served against the Hindenburg Line near Cambrai at the end of the year and throughout the German Spring Offensive in 1918, seeing severe fighitng at St. Quentin.
6/KSLI ended the war north west of Mauberge, France and was disbanded in Shrewsbury in June 1919. 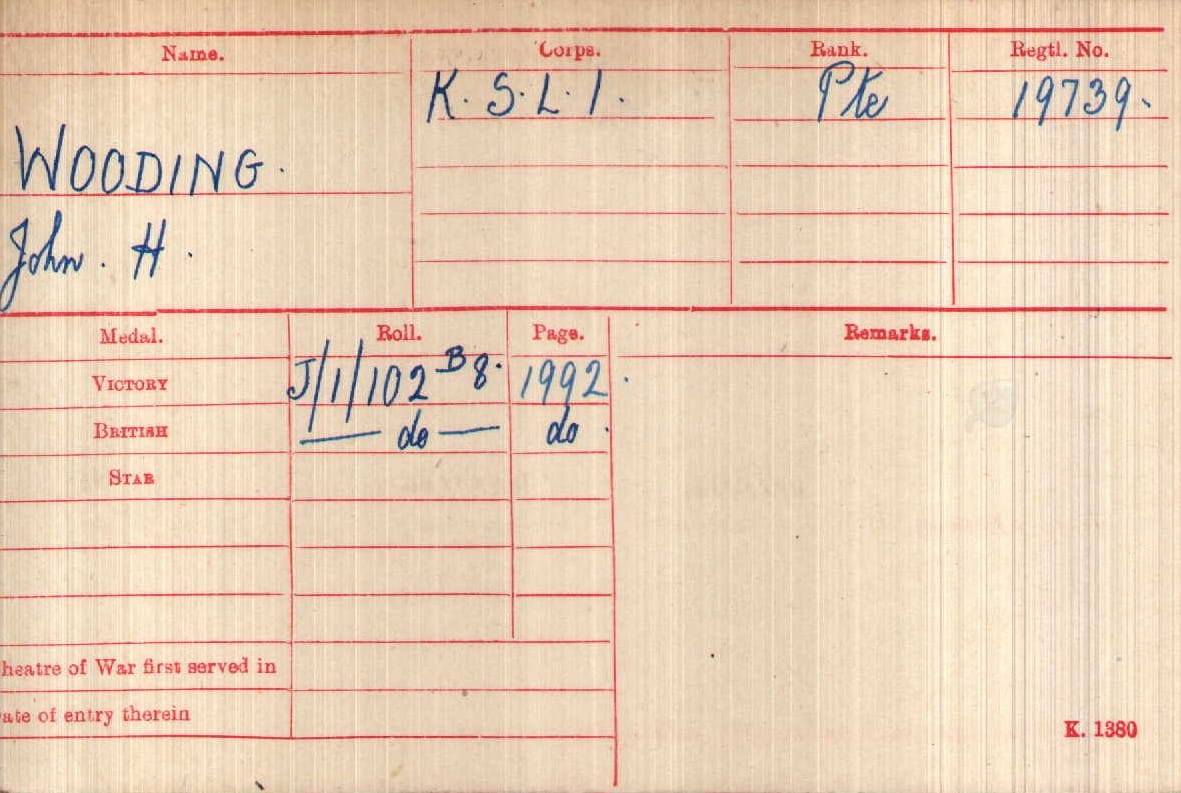 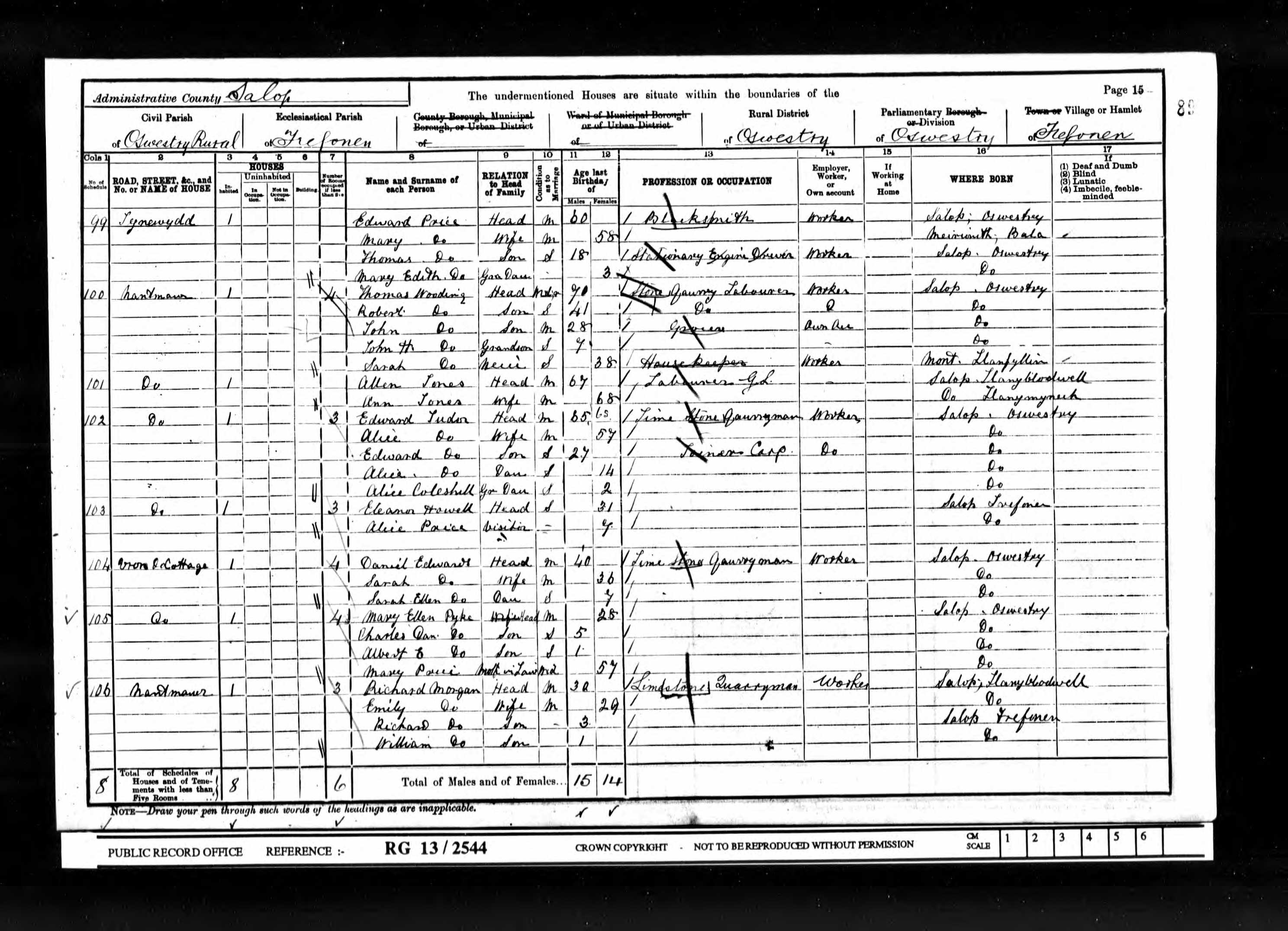 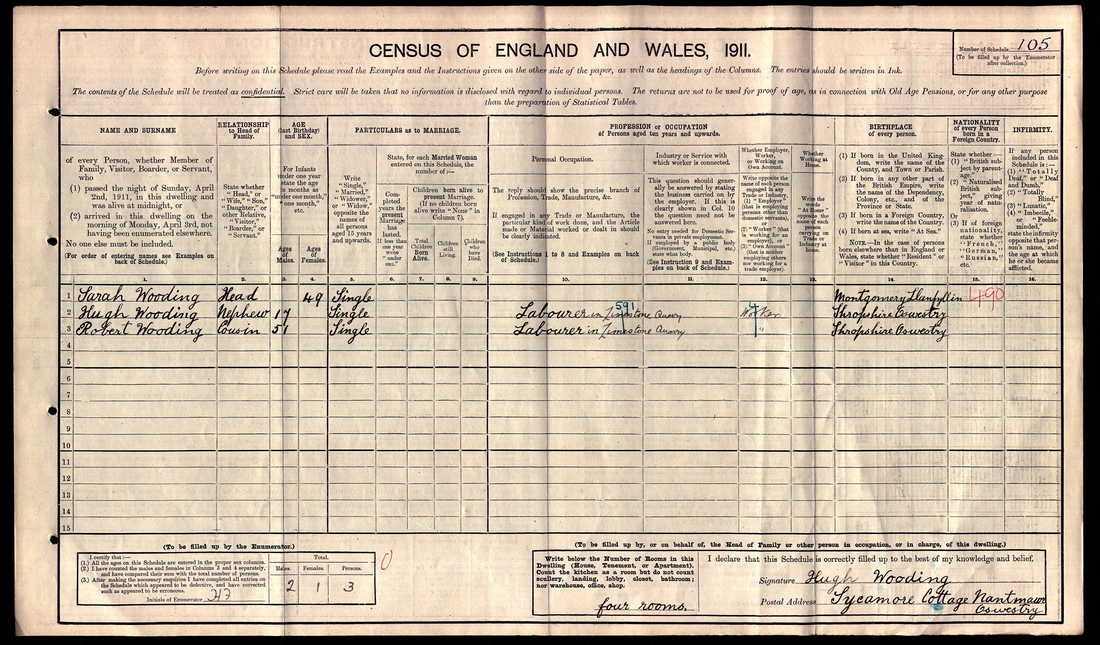 ​On 1 July 1916, supported by a French attack to the south, thirteen divisions of Commonwealth forces launched an offensive on a line from north of Gommecourt to Maricourt. Despite a preliminary bombardment lasting seven days, the German defences were barely touched and the attack met unexpectedly fierce resistance. Losses were catastrophic and with only minimal advances on the southern flank, the initial attack was a failure. In the following weeks, huge resources of manpower and equipment were deployed in an attempt to exploit the modest successes of the first day. However, the German Army resisted tenaciously and repeated attacks and counter attacks meant a major battle for every village, copse and farmhouse gained. At the end of September, Thiepval was finally captured. The village had been an original objective of 1 July. Attacks north and east continued throughout October and into November in increasingly difficult weather conditions. The Battle of the Somme finally ended on 18 November with the onset of winter.

​(click on the link below for more information)
http://www.cwgc.org/find-a-cemetery/cemetery/80800/THIEPVAL%20MEMORIAL​