Richard Davies
​The section in the Battalion War Diary relevant to the time of Richards death simply records that over the period 19th to the 23rd January they were in trenches at Elverdinghe nr Ypres, Belgium where they suffered a number of casualties killed and wounded. They had also suffered air attacks with bombs dropped near to where they were in trenches at Bradhoek earlier that week.
​
Richard who was member of D Company is Remembered with Honour and buried in Boulogne Eastern Cemetery 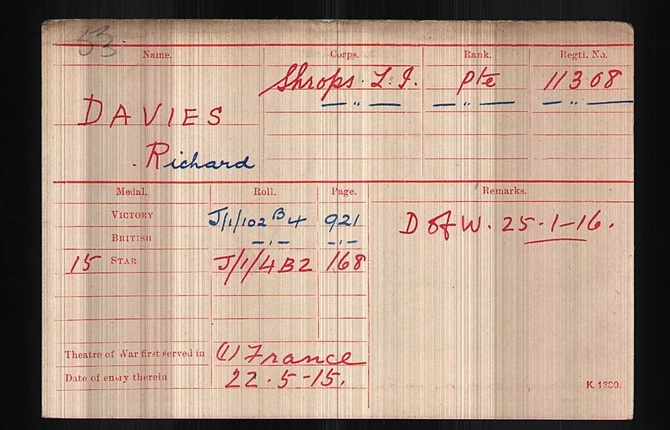 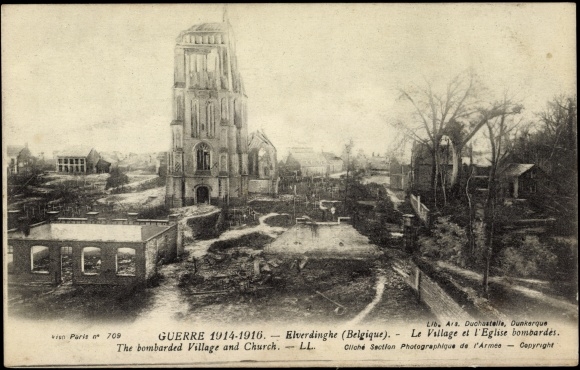 Elverdinghe Church and Village during the battle when Richard was killed
Historical Information
​The 5th battalion KSLI was raised in Shrewsbury in August 1914 under Lt. Col. H. M. Smith, from the mass of enthusiastic volunteers coming forward to enlist.
After training around Aldershot, it landed at Boulogne on 20th May 1915, first coming under fire at Ypres on 31st May 1915, and then served entirely on the Western Front.

It saw some of the worst fighting of the war in the Ypres Salient in 1915, around Bellewaerde and Hooge. Later it was on the Somme in 1916, seeing particularly heavy fighting at Delville Wood and Flers-Courcelette. It also saw service at Arras and in the attack on Vimy Ridge in 1917, it then returned in August to the Ypres Salient to take part in the 3rd Battle of Ypres.
​
It was disbanded at Jussy on 4th February 1918, its personnel going to other K.S.L.I. battalions 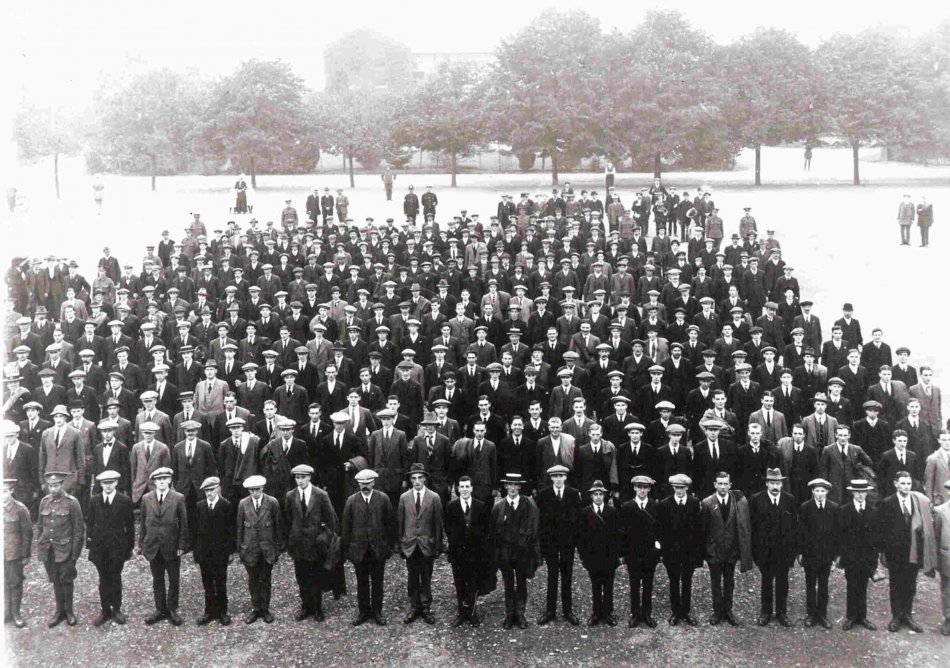 K.S.L.I. Recruits at Copthorne Barracks Shrewsbury 1914
For more information on the Kings Shropshire Light Infantry and there World War One day to day diary please click on the facebook page link below
​www.facebook.com/KSLI.Battlefields.tours/
Census data
The 1901 and 1911 census recordings are shown below 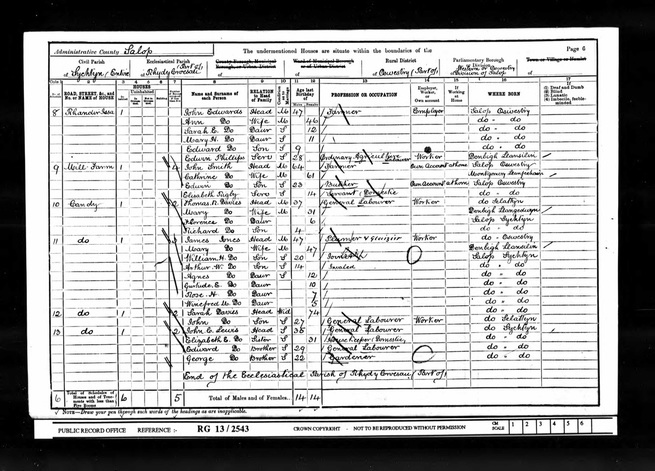 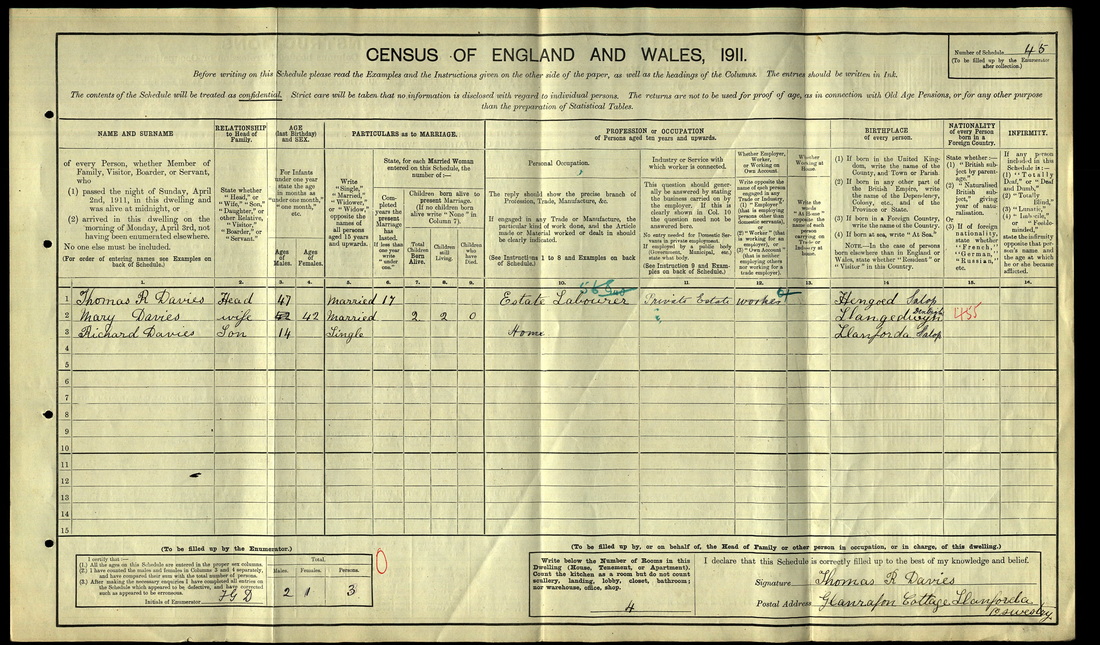 1911 Census
Until June 1918, the dead from the hospitals at Boulogne itself were buried in the Cimetiere de L'Est, one of the town cemeteries, the Commonwealth graves forming a long, narrow strip along the right hand edge of the cemetery. In the spring of 1918, it was found that space was running short in the Eastern Cemetery in spite of repeated extensions to the south, and the site of the new cemetery at Terlincthun was chosen.

During the Second World War, hospitals were again posted to Boulogne for a short time in May 1940. The town was taken by the Germans at the end of that month and remained in their hands until recaptured by the Canadians on 22 September 1944.

The Commonwealth plots were designed by Charles Holden.

click on the link below for more information
​http://www.cwgc.org/find-a-cemetery/cemetery/4800/BOULOGNE%20EASTERN%20CEMETERY
Powered by