Thomas Sudlow Dyke
​Battalion Information
A war-raised Service Battalion under Lt. Col. J.H.Barber, the 7th Battalion was formed in Shrewsbury in September 1914 and joined the 76th Brigade of the 25th Division.

The 7th KSLI first saw action in the Ypres Salient in the winter of 1915-16 and moved to the Somme in July 1916. They fought at Bazentin Ridge and then at Serre on the Ancre later in the year.
​
It was in action at Arras and in the three severe battles of the Scarpe in April-May 1917. Back in the Ypres sector in 1917, the 7th took part in the fighting at Polygon Wood in September (3rd Battle of Ypres) and was back on the Somme for the battles of 1918. 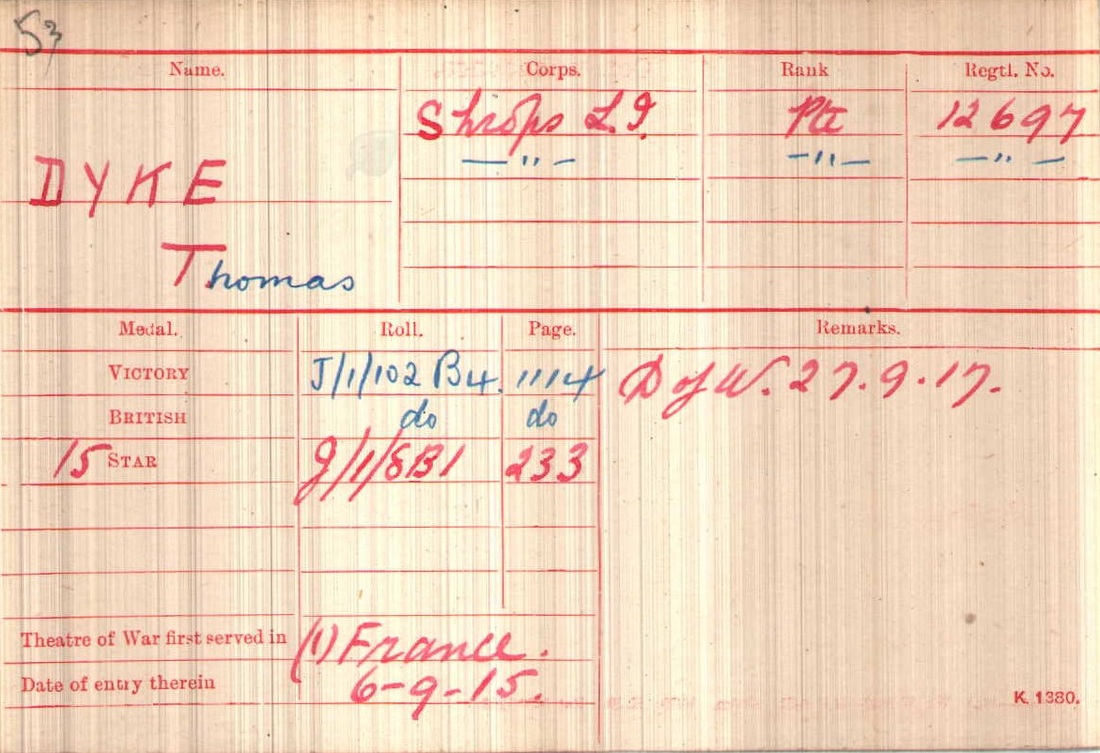 Thomas Sudlow Dyke was to die of his wounds on 27th September 1917 having been involved in some of the bloodiest battles on the Western Front. These wounds may well have been recieved on the day before when the Battalion diary simply records that they attacked at Barastre near Ypres at 5.50am and obtained their objectives. "Severe fighting ensued" 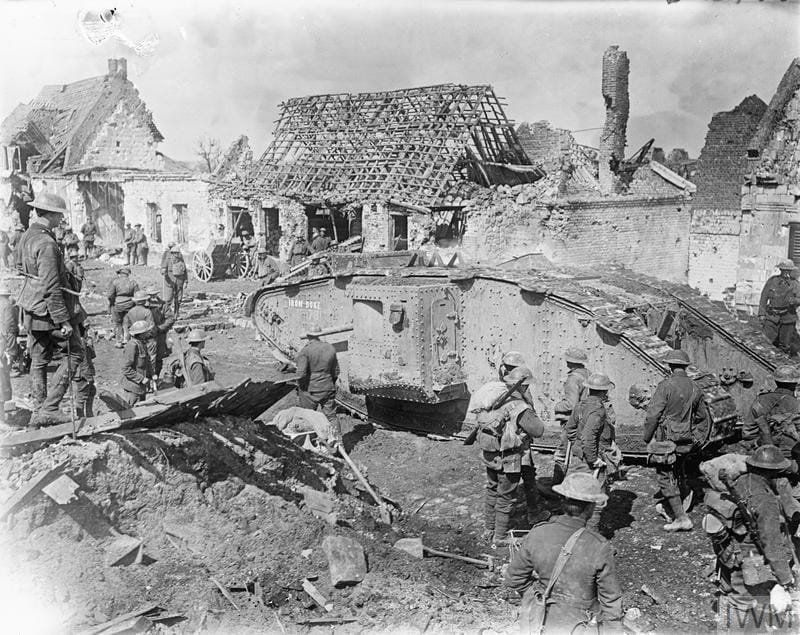 Photo from the battle of Arras
Census data 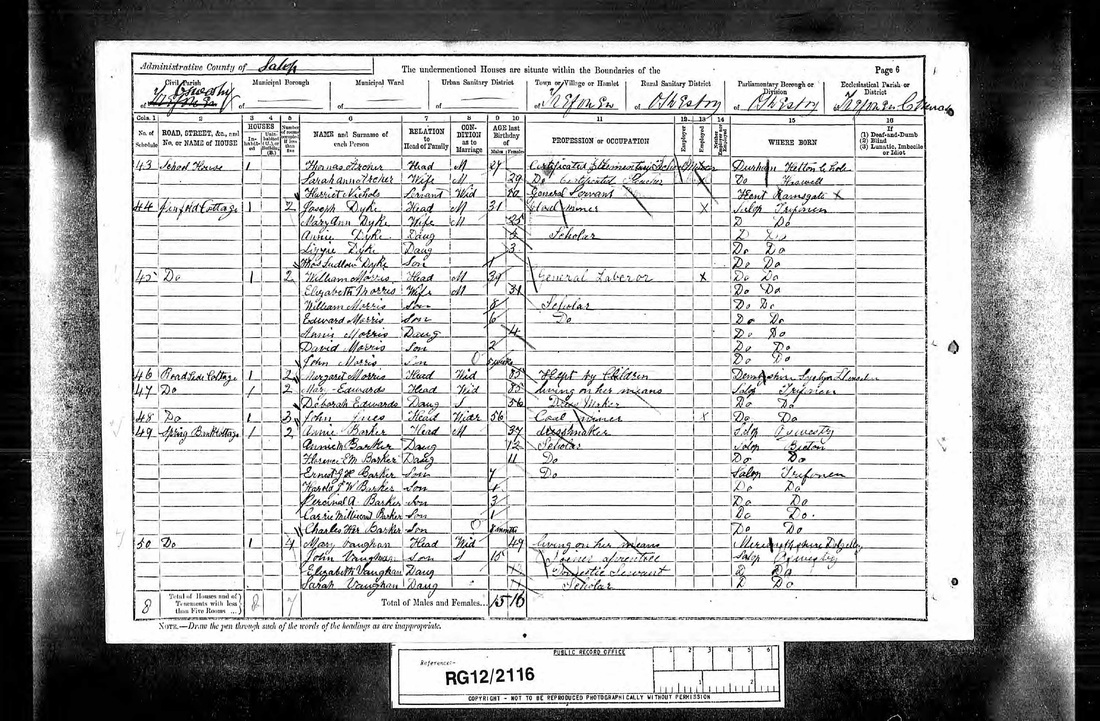 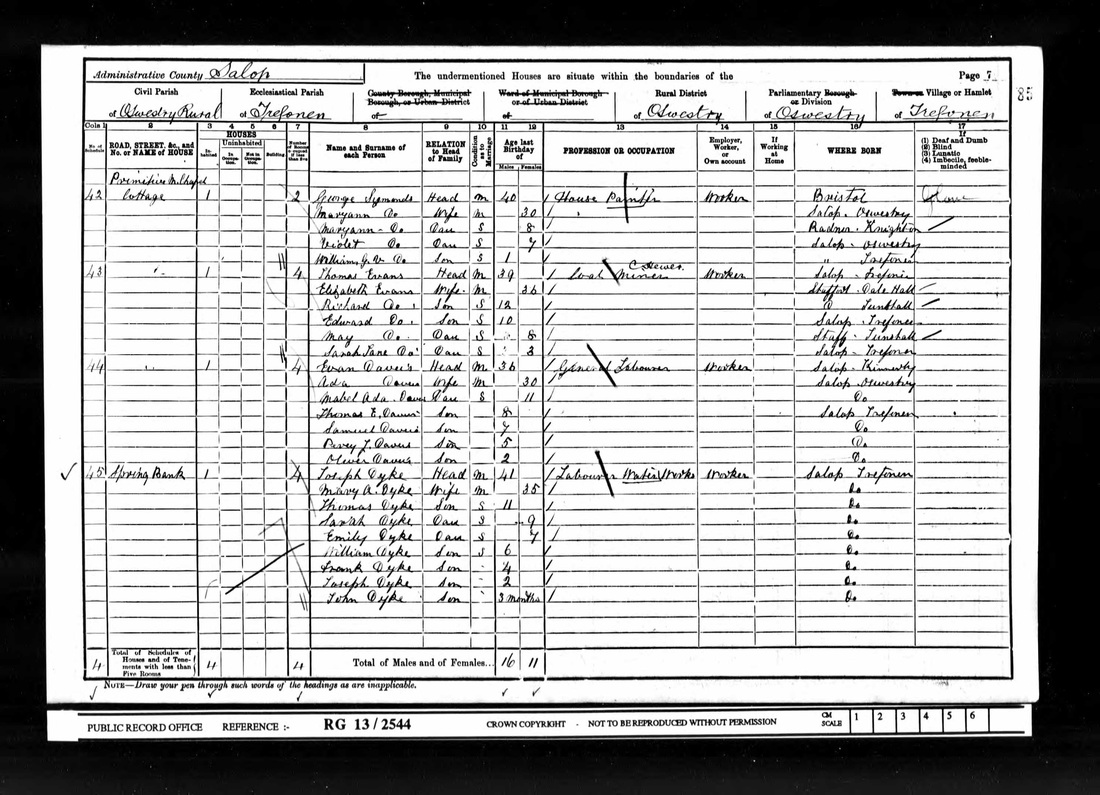 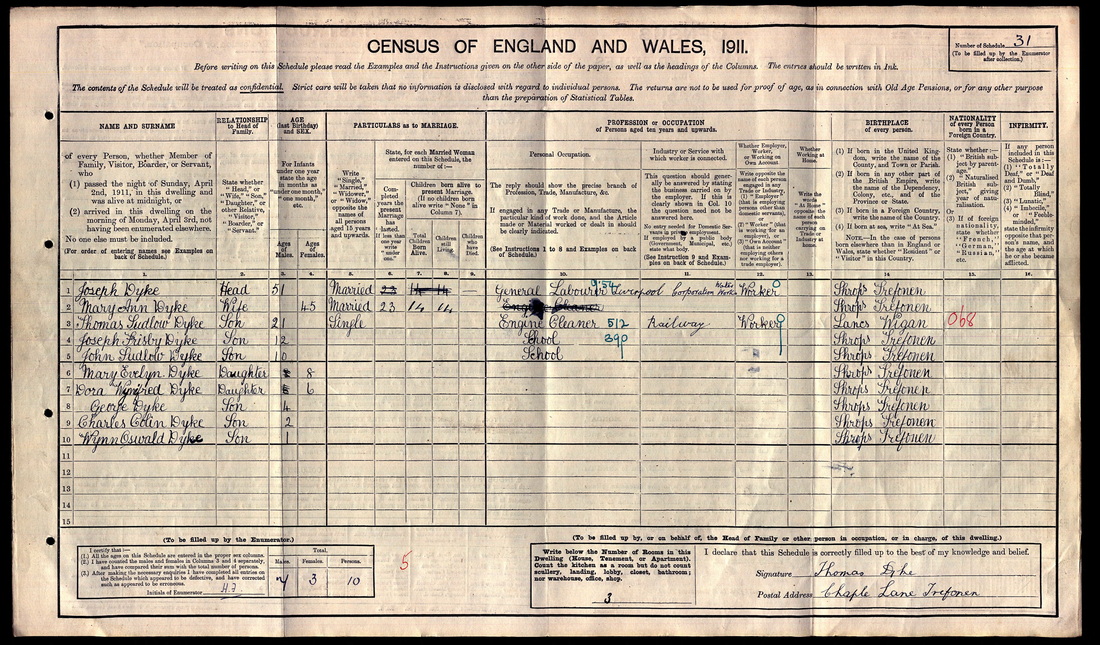 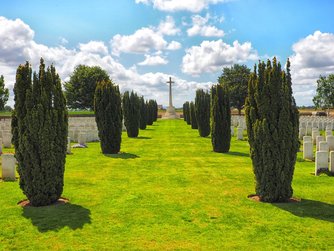 Historical Information
​Mendinghem, like Dozinghem and Bandaghem, were the popular names given by the troops to groups of casualty clearing stations posted to this area during the First World War.

In July 1916, the 46th (1st/1st Wessex) Casualty Clearing Station was opened at Proven and this site was chosen for its cemetery. The first burials took place in August 1916. In July 1917, four further clearing stations arrived at Proven in readiness for the forthcoming Allied offensive on this front and three of them, the 46th, 12th and 64th, stayed until 1918. From May to July 1918, while the German offensive was at its height, field ambulances were posted at Proven. The cemetery was closed (except for one later burial) in September 1918.

There are now 2,391 Commonwealth burials of the First World War in this cemetery and 52 German war graves.

The cemetery was designed by Sir Reginald Blomfield.

​click on the link below for more information
​http://www.cwgc.org/find-a-cemetery/cemetery/50500/MENDINGHEM%20MILITARY%20CEMETERY
Powered by