"Lights Out Trefonen" is a local community group initially formed in 2014 to deliver an event
​to mark the 100th anniversary of the start of World War One. The group was responsible for
raising money to have a new memorial cross designed and erected on the pit mound in
Trefonen in honour of the thirty one locals who lost their lives during and after the conflict.

Throughout the World War One Centenary "Lights Out Trefonen" delivered a series of events  including, drama, film, exhibitions, talks and re-enactments. The group has also with the support of the local P3 group created a series of four footpath trails that will hopefully act as a lasting legacy and fitting commemoration to the sacrifices of our forbears. The trails take you past the houses where those who went to war lived with a descriptive blue plaque either on the house or close by. ​ 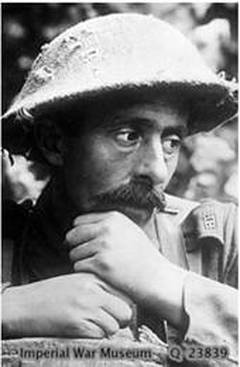 British Prisoner of War 1918
We have also provided a database on this website with information relating to those who went to war and were killed from local area and the impact the First World War had on our small community.