NANTMAWR BRITISH SCHOOL ROLL OF HONOUR
Listed below are the eighty three names as they appear on the Nantmawr British School Roll Of Honour as discovered recently in Trefonen Church archives. The Roll of Honour was created by C.W. Gillham in 1917 whilst the war was still going on. A press cutting included below from the Llangollen Advertizer talks of only sixty three names so more must have been added later. When found the Roll of Honour had suffered badly from damage by woodworm and much of the beautiful calligraphy was difficult to decipher. A computerised version is being produced to once again hang in the Church. It is also interesting to note that two of those listed as missing we now know to have been killed because they appear on our War Memorial in Trefonen 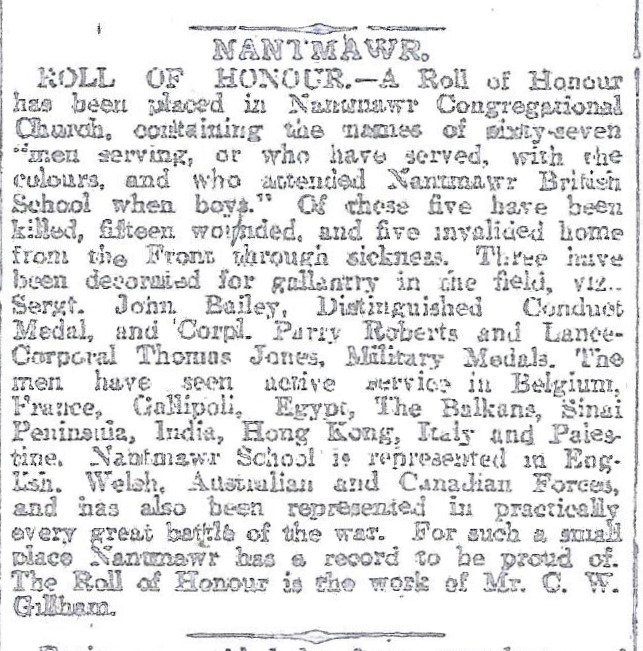