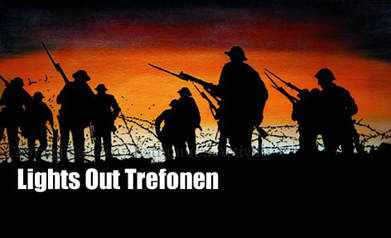 ​​“The lamps are going out all over Europe, we shall not see them lit again in our life-time”


​These were the words spoken by Sir Edward Grey, Foreign Secretary in August 1914, as Britain’s ultimatum to Germany was about to expire. Following an "unsatisfactory reply" to the ultimatum that Belgium should be kept neutral and after the invasion of Belgium by German armies.
Britain declared war on Germany at 19:00 UTC on 4 August 1914 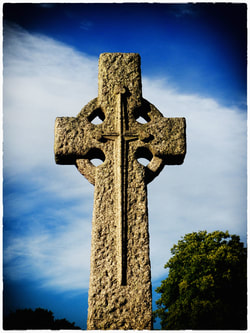 Trefonen War Memorial Cross
​World War I was an extremely bloody war that engulfed Europe from 1914 to 1919, with huge losses of life and little ground lost or won. Fought mostly by soldiers in trenches World War I saw an estimated 10 million military deaths and another 20 million wounded.

It is our intention to take all visitors to this section of the Trefonen Village website on a journey back in time.  Our small community like thousands of other communities across Britain suffered losses and it is our intention not just to tell the story of those losses but to tell the story of the impact that the "War to end all Wars"  and its aftermath had on our community.

Those who were killed in battle, those who died of their wounds later, those who returned broken and wounded and those who were left behind, fathers, mothers, brothers and sisters, wives, sweethearts and children all of these had a story to tell.

Whilst our War Memorial has 31 names on it, its granite cross is not just a symbol to recognise, record and honour our war dead it is a symbol that opens the book to a sacrifice felt by our whole community and hundreds of others across the world.
Powered by