Daniel Considine
Military Record including Regimental and Battalion Information​
The 2nd Battalion, South Lancashire Regiment was based at Tidworth with 7th Brigade, 3rd Division when war was decalred in August 1914. They proceeded to France with the BEF and landed at Le Havre on the 14th of August 1914.

On the 30th of June 1918 they transferred to 89th Brigade, 30th Division. They were in action during the Advance in Flanders and by the Armistice had crossed the River Scheldt with advanced units reaching the line between Ghoy and la Livarde, north west of Lessines.

In January 1919, 30th Division took up duty at the Base Ports of Dunkirk, Calais, Boulogne and Etaples and demobilisation began.
Census data 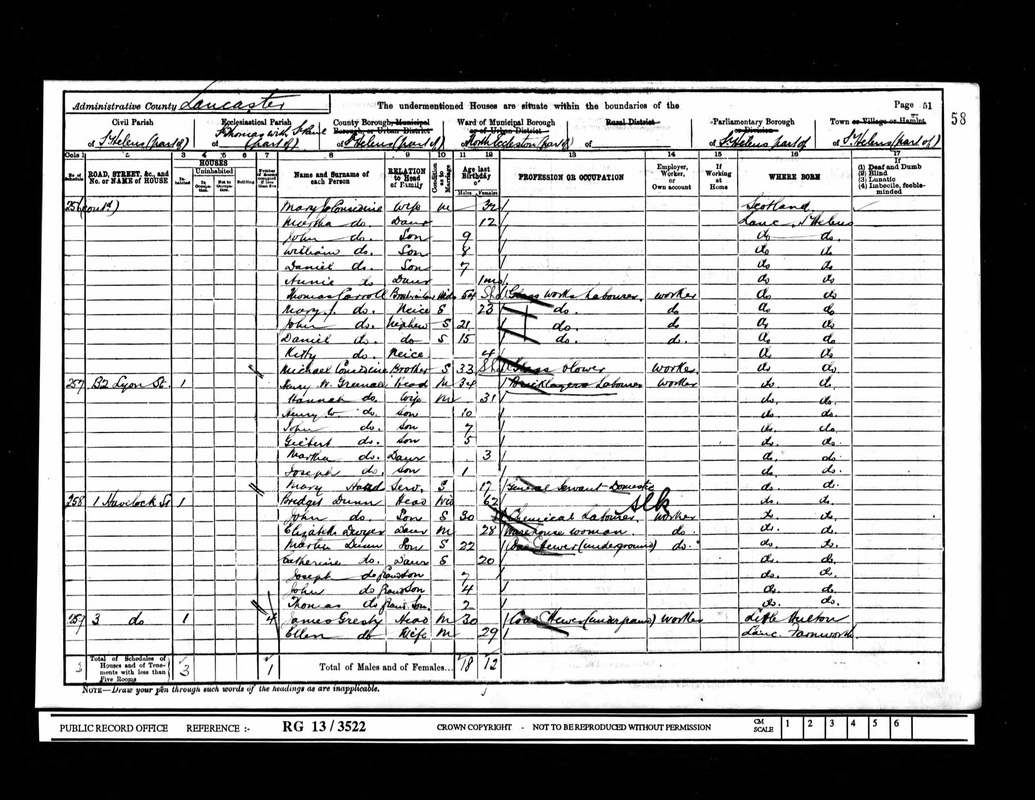 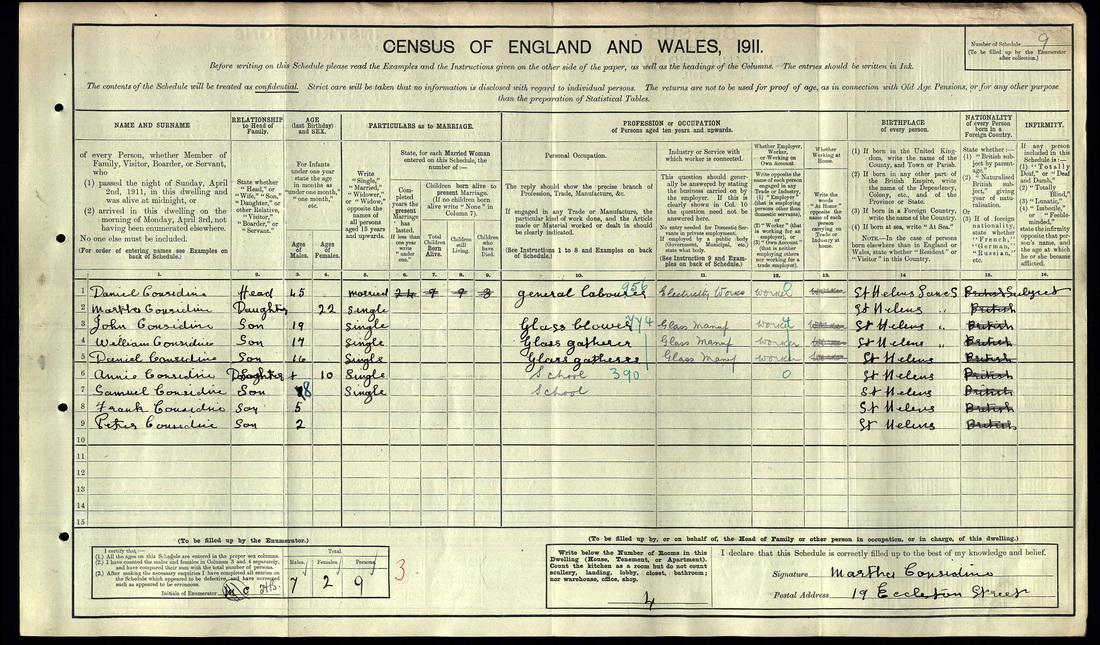